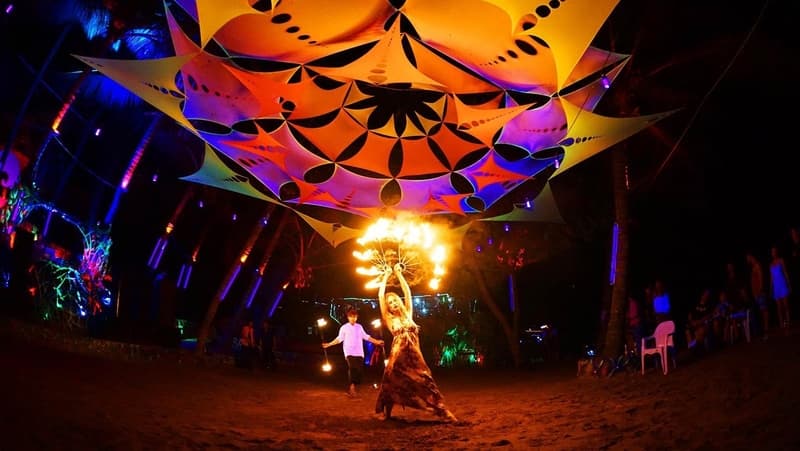 One cannot help but think of visiting shacks in Goa when looking forward to a holiday in Goa. Its an absolutely essential part of any one’s itinerary in Goa. A visit to a Goa shack is a must do for all visitors to Goa irrespective of the age or group size.

What is a Shack?

A shack is a term used to define a structure made from wood or metal in a very shabby manner. This term is generally used for a temporary structure and can be used for a commercial or residential structure as well. Globally in the developing countries or high population zones many people from the economically weaker section live in shacks.

What is a shack in Goa?

Shacks in Goa imply a seasonal structure generally built on the beach. Some shacks in Goa also offer accommodation while all of them offer food and drinks. Many shacks also offer live entertainment with bands playing or karaoke options.

Why are shacks so popular in Goa?

Beach shacks exist on many beaches in the world. Goa shacks are popular as they are a unique offering in the country, as no other beach destination in India offer the same.  They are erected after the monsoons go away in October and dismantled in May or June every year. Each year more than 350 shacks come up all over Goa. Calangute beach alone has nearly 100 shacks.

The shacks in Goa offer a unique casual place for beach lovers to spend their time. One can enjoy the fresh sea catch while sipping on a wide range of beverages. The bartenders in the shacks can stir and shake a wide variety of cocktails. Cocktails made from the local brew Feni are very popular besides the wide range of beers and liquor. The shacks offer a wide range of cuisine including continental, Chinese, Indian and obviously the local cuisine of Goa.

Most shacks open up for breakfast and stay open till late in the night. They also offer sunbeds and sun umbrellas at an extra cost. One can book these on a hourly basis or the whole day as well. Local masseur service on the sun bed is also available. Thus, one can relax, sunbathe or relax with a massage while enjoying exotic beverages and food. Many frequent visitors to Goa patronize their favourite shacks or also indulge in shack hopping at different beaches of Goa. 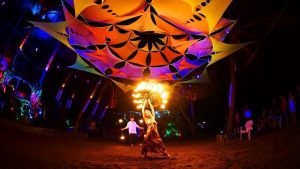 It would not be incorrect to state that Curlies at Anjuna beach is one of the most popular beach shacks of North Goa. It is open round the year from 8 AM to late into the night daily. Curlies offers a highly energized ambiance and is famous for its parties during the peak season. They not only offer a wide range of drinks but an exhaustive food menu as well. For many of its patrons one of the major attractions is to laze in the late evening while watching the scenic sunset from here. 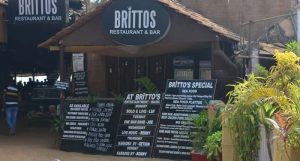 The shack has been operational for more than 50 years now. Thus one can easily say that it has seen Goa evolve as a major tourist attraction for all since the hippy days. One cannot miss sighting this shack at Baga beach. The service here is very fast despite the huge selection on the menu. Goan seafood is a specialty here. Brittos is very famous for its Karaoke nights

Yet again this is one of the land marks of the Baga coastline as it has been existing for more than half a century now. It is open from 11 AM for breakfast and open till the wee hours of the morning. One can just walk across a few steps and indulge in water sports at Baga. This shack is the preferred venue for several events round the year. 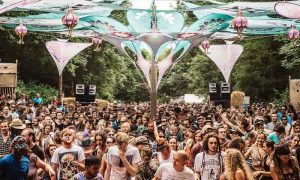 Situated next to Curlies on the Anjuna beach, Shiva Valley is one of the best shacks on this beach. It is very popular for its Trance Parties on most days.  While this is a party place till the early hours of the morning it transforms into a cafe by break fast time. As is the case with most shacks the menu covers all kinds of cuisine while the bartender can stir up most amazing mixes for you.

One of the most busiest shacks in Goa, has been in operation since 1932. It is best known for traditional Goan cuisine while also offering North Indian, Chinese and Continental dishes. It offer a fantastic close view of the Calangute Beach from its rustic interiors.  Tables are laid out in the open after lunch hours so that one can capture the exotic sun setting over the beach. Souza Lobo offers live music on most days. 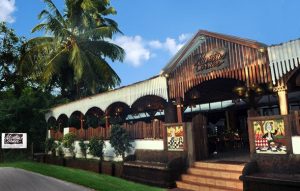 Unlike other popular shacks in Goa Martins Corner has a short history. It started off only in 1989 as a casual place with just four tables. However authentic Goan cuisine served here ensured that it rose to fame in just a few years. It now can cater to 300 guests at one time. Martins Corner is a must visit for even tourists who are staying in North Goa who look forward to the long drive to Betalbatim to savor the food here.  A picture at the entrance which showcase Mario’s hand painted wall tiles on either side is a must capture moment for many 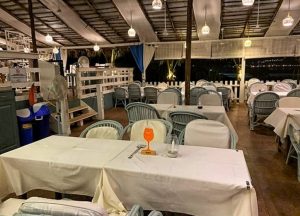 Ideally named this shack is slightly upscale in terms of its interiors as compared to other shacks. Located on the beautiful beach at Candolim in North Goa it also offers a huge menu selection besides the most exotic cocktails. While this is not open round the year its popular with locals as well. The sundecks on the Candolim beach offered by this shack offers one of the most spectacular sun set views

Goa Casitas serviced villas and apartments are located close to many shacks in North Goa. So do contact our eager to help staff for directions and recommendations to the closest beach shack