Celebrating Christmas during a Goa Holiday 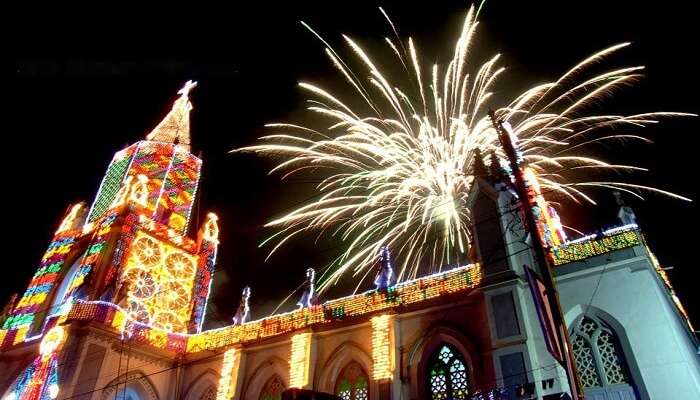 Celebrating Christmas during a Goa Holiday

To many of us going on holiday over Christmas the first destination that comes to our mind is Goa. For those who have had the opportunity to spend Christmas at Goa it has rightfully been an experience of a life time.

When is Christmas celebrated?

The festival of Christmas is celebrated globally on 25th December. It is a celebration related to the birth of Jesus Christ. While the actual date of birth of Jesus Christ is still not clear, European churches fixed this date some time in the 3rd century AD. It is also believed that the date was chosen as it coincides with the Winter Solstice as per the Roman Calendar.  Ever since this date has been accepted by all and is celebrated round the world. The festival is celebrated by not only Christians but followers of other religions as well. The earliest celebration of the festival was perhaps in Rome in the 4th century AD.

How is Christmas celebrated?

The day is observed as a National Holiday in most countries of the world. For some the Christmas festival holidays imply family reunions, prayers, singing carols, exchange of gifts and cards. On the other hand, for many it is also a time to make merry, party and decorate their houses. Interestingly red, gold and green are the primary colours for the decorations for this festival and they do carry a symbolic meaning. One of the most significant ritual is the Mass service at the church on Christmas Eve. Some surveys in the US indicate that more than half of the country’s population visits a church service during the festival. Children look forward to the festival enthusiastically as well.  They await their gifts from Father Christmas or Santa Claus as the legendary figure is popularly known.

Why is Christmas so popular in Goa?

Christmas in Goa has had a tradition of being celebrated with great festivities for centuries. The prime reason for this has been the occupation of Goa by the Portuguese till as late as 1961. During the centuries that the Portuguese ruled the beautiful lands, they built several churches across the state. Many of these churches are still thronged by many round the year.

As per the census of India data Christians do not account for the majority of the population in the state. Despite this the festival is celebrated with great enthusiasm by all Goans. The term “Unity in Diversity” which is often used for India can be seen in full glory in Goa during Christmas as well.

How is Christmas celebrated in Goa?

Goa is totally immersed in the Christmas festivities days ahead of the festival. The entire state is full of decorations and festive lights which are a feast to the eyes. The ambiance is full of fun and frolic with music and dance at every corner. 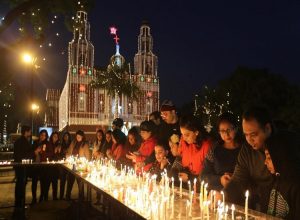 It is believed that the term Christmas originated from Christ and Mass. The term mass means a service performed at the church. The Midnight Mass on Christmas Eve holds prominence as it is a service performed to celebrate the birth of Jesus. On Christmas Eve huge crowds attend the mass at more than 400 churches spread across the state. The most popular mass services in Goa are at the Panjim Church (Church of our Lady of the Immaculate Conception) and Our Lady of Piety Church at Calangute. The services at  the Basilica of Bom Jesus which is perhaps one of the oldest churches in the country, also draws huge crowds. 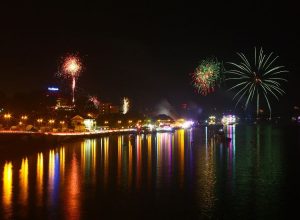 Most international cities host fireworks at different locations on Christmas, and Goa is certainly very much on the world map for the same. The colorful fireworks at different beaches of Goa add myriad of colors to the night sky. Music from beach side shacks and restaurants can be heard in the background. It is common to see small groups of people dancing on the sandy beaches while the fireworks dazzle the skies above them. It’s truly a life time experience.  The popular fireworks are at the Calangute and Baga beaches.  Here one can join the festive crowd and enjoy a splendid display of fireworks. 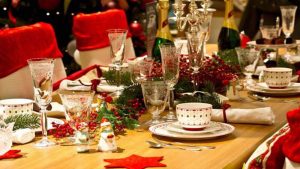 A gala as the name suggests is a meal to celebrate an event with entertainment. Christmas naturally calls for the best of gala dinners and Goa takes the cake away for the same. Nearly all restaurants in Goa offer a gala dinner on Christmas Eve and offer a three or four course dinner. They all compete for best of entertainment options. Many hotels and resorts in Goa have resorted to the practice of a mandatory Gala Dinner charge for stay over the Christmas Eve. This is best avoided as over the years many have found this to be over priced besides the poor quality of food. It is best to opt for a good restaurant for a Christmas Gala Dinner.  It is advisable to book for the same in advance, as most of them get sold out weeks in advance. 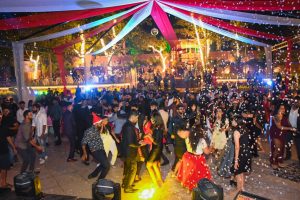 Goa rightfully boasts of the best nightclubs in the country and each one of them truly takes the reputation high during the festivities. The longest and wildest parties are held during the Christmas festivities in Goa. While they start off early in the evening, they peak around midnight after the mass services in the churches are over. Most clubs invite celebrated Disc Jockeys from around the country and even overseas to make the crowds dance to their beat. They play a wide genre of music right from trance to Indian Pop and Bollywood Hits and mixes. Stag males in large groups are generally not preferred in most of the clubs. There are cover charges for entry in all the happening clubs. It is again advisable to make reservations in advance.

Thus, staying in Goa over Christmas brings a unique experience which cannot be compared to any other in the country. Goa brings out its amazing colors of its rainbow during this period.  Even the weather gods add their blessings as the weather is perfect during this time. The days are generally sunny and the evenings cool and breezy. Most good stay options get booked weeks in advance and a last-minute travelers have to either compromise on their accommodation quality or pay a steep tariff for last minute bookings. Bookings for Goa Casitas villas and apartments are a simple online process and do offer a real value for money even during this peak season.